12 Things You May Not Know About Jelly Beans

Candy in general is an American favorite, but there are some fan favorites. Fudge, m&m’s, and jelly beans are a few that have stood the test of time and become as iconic and American as apple pie. Chutters Candy Counter, known worldwide as the world’s longest candy counter, has an entire section dedicated to jelly beans! Here are 12 awesome fun facts about jelly beans. Learn more about their Turkish heritage, President Reagan’s fascination with the candy, and how many jelly beans the world consumes annually.


1.The origin of jelly beans may actually come from Turkey 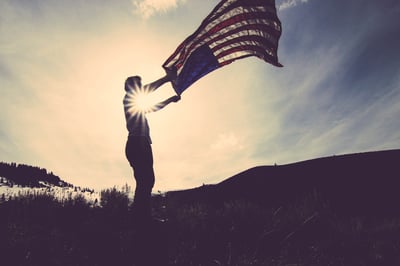 2.The first jelly beans were given to soldiers during the Civil War

The first known sign of jelly beans came from an advertisement for William Shrafft of Boston that promoted sending jelly beans to union soldiers during the war. The hard shell and shelf life made this the perfect confection to send soldiers. M&M's are another candy that were first developed via military purposes.

It is a well-known fact that President Reagan loved jelly beans. He started eating them to help him quit smoking his pipe and ever since always had jelly beans by his side. The presidential jet manufactured a specific cup holder to hold his jelly beans stash, and he even sent jelly beans onto the challenger space shuttle in the 80s! A portrait of the President was made from 10,000 Jelly Belly beans and hangs in the Ronald Reagan Presidential Library in Simi Valley, Calif. 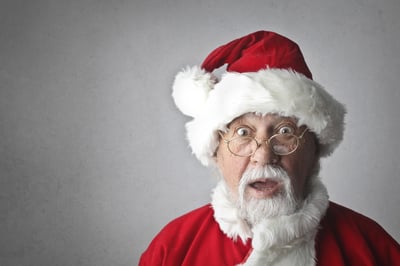 Before people started to realize their likeness to the easter egg, jelly beans were a treat often indulged during the Christmas holidays. Jelly beans became popular as a easter basket filler in the late 1930s and now jelly bean manufacturers make 16 billion jelly beans for Easter alone!

6.Jelly beans are made using a candy process from France called “panning”

The process of panning makes it so the outer shell of the jelly bean is hard and the inside is gooey and jelly-like. The same process is used to make Jordan Almonds and used to be done by hand before machines were made for this purpose.

7.They were the first to be sold as penny candy

The concept of filling your bag with candy and purchasing by weight became popular in the early 1900s. The first candy to be sold this way was the jelly bean! Now you can’t go to a candy counter without seeing this famous candy as an option. Chutters has over 60 varieties of jelly bean!

Due to the panning process used to make jelly beans, it takes up to 21 days to make just one bean! Luckily, with the use of technology, manufacturers can make a ton more than that at one time. When the jelly bean center mix is done being processed 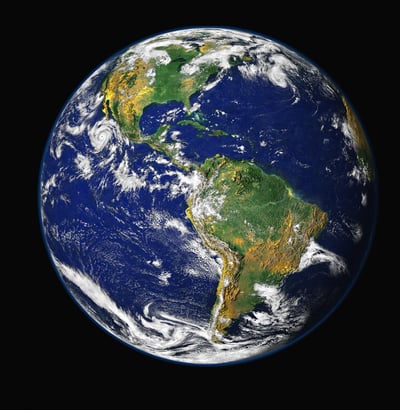 , the mix goes into a panning machine that rotates and separates the mix into pieces. Then, after being cooled and mixed several times over, a candy maker will slowly add sugar will the mix rotates. Over time, the sugar builds up on each jelly center and builds a shell on the candy. To give the jelly beans that glossy look, the candy maker adds a syrup made of confectioner sugar to the shelled jelly beans. Once glossing is done, the jelly beans are ready to cool off and be packaged for sale!

9.Enough Jelly Belly beans were eaten in the last year to circle the earth more than five times

That’s a lot of jelly beans! Also, if the math is right, that means that ⅗ of the world’s annual jelly bean consumption happens on Easter alone. Wowza.

10.There were 8 original jelly bean flavors 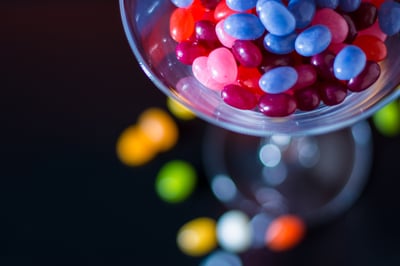 11.There are regional preferences of jelly bean flavors

According to Jelly Belly, here are the global favorites.

In addition to regional preferences, there are also preferences based on age. For example, older generations tend to lean towards flavors like buttered popcorn, coconut, juicy pear, licorice, and strawberry daiquiri. The younger generation tends to prefer flavors like berry blue, green apple, raspberry, sour apple, and watermelon.

12.Jelly beans come in all crazy flavors, from delicious to disgusting

Jelly Belly alone produces over 100 flavors of jelly bean. There are the original flavors, and some more eccentric (but still delicious sounding) flavors like pancakes & maple syrup or ginger ale. Then there are the gross flavors like vomit or dirty socks. There certainly is a flavor for everyone! Watch the video below of celebs trying out the official “Beanboozled” game!

Surprisingly enough, there’s a lot of fun facts about jelly beans! Along with over 60 varieties of jelly beans, Chutters has hundreds of other varieties of hard candy, gummy candy, chocolate, fudge, and more. If you’d like to keep seeing content like this, subscribe to our blog and we’ll send you candy updates and info.