The Colonial Theatre: Arts & Culture in the White Mountains

The entertainment industry was impacted dramatically in 2020. With new precautions in place from the global pandemic, people could no longer head to the movie theater to see the latest Blockbuster film or enjoy a local music show. Despite the global pandemic, The Colonial Theatre in Bethlehem, New Hampshire, was still able to open its door through a variety of platforms so people from near and far could enjoy the arts in the small mountain town. That resilience and creativity will continue throughout 2021 with its seasonal programming. 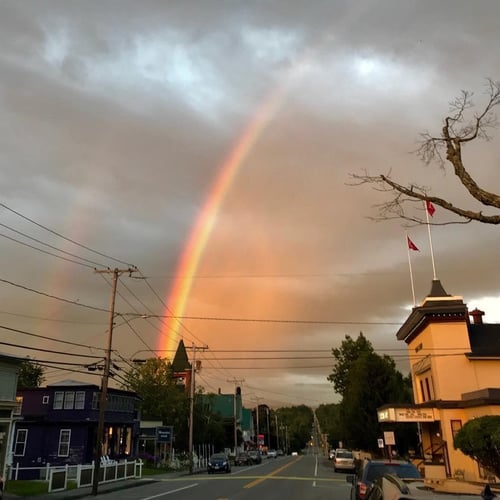 About the Colonial Theater

Nestled in the small mountain town once surrounded by the grand resorts of the Gilded Age, The Colonial Theatre is the oldest continuing operating theater in the United States. Built by Bethlehem hotelier, Frank Abbott, in 1914, the at-the-times modern movie theater opened for business on July 1, 1915, featuring Cecil B. DeMille’s The Girl of the Golden West.

In 1922, the Colonial Theatre was sold to local resident and president of Interstate Amusement Company, Jack Eames, where it remained until it was purchased by the Friends of the Colonial in 2005. Over the decades, The Colonial Theatre was used by Hollywood studios as a test market for their films, especially during the Gilded Age where Bethlehem was seen as the premier summer destination with over 30 grand hotels and homes to some of America’s most wealthy businessmen.

The Friends of the Colonial was formed in 2000 with the mission to preserve and enhance The Colonial Theatre as a venue for cinema arts, performing arts, and community events that inspire, unite and contribute to the prosperity of the region. In the past 20 years, the theater has undergone extensive renovations to preserve its historic charm and continue to bring the theater into modern times. As of January 1, 2021, The Colonial Theatre has welcomed Christine Kelly as its new Executive Director with Stephen Dignazio becoming the Director of Programming. 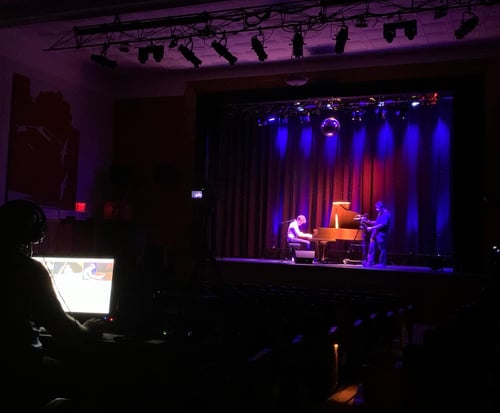 Like all theaters and event halls across the world, The Colonial Theatre had to pivot its seasonal programming during 2020. Over the course of the year, the theater was able to run in-person shows with limited capacity and an abundance of virtual screenings and shows. The programming will continue to follow that trend into 2021.

Typically, the Colonial’s programming starts in May every year, but due to the pandemic, the Colonial has been offering their The Colonial@Home Virtual Screenings throughout the winter months. While nothing can replace the experience of seeing a movie with friends and family at The Colonial, the virtual screenings provide a fun and safe way to view unique films that you can’t watch on Netflix and other streaming sites.

While the 2021 programming has not yet been announced, The Colonial’s team is working hard to find creative ways to offer programming, including collaborating with neighboring communities to offer a series of outdoor events. The global pandemic has given the theater an opportunity to take “The Colonial on the Road” and meet people in their own communities. To stay up-to-date on programming announcements, make sure you sign up for The Colonial newsletter.

The town of Bethlehem has always been a destination town and that tradition continues with The Colonial. Over the years, people have traveled far and wide to catch a show at The Colonial Theatre. As one of the last surviving Golden Era buildings in Bethlehem and all the incredible artists that perform at the theater, many people choose to make The Colonial Theatre a destination in itself while others see catching a world-class show as an added value to their mountainside vacation.

Over the years, The Colonial Theatre has attracted some famous people, like famed poet, Robert Frost. Major performers who have graced the stage include Pat Metheny, Natalie Merchant, Iris Dement, Aimee Mann, Richard Thompson, and many more.

It Takes a Community

Thanks to the generosity of the community, The Colonial Theatre will continue to bring arts and culture to the White Mountains and surrounding communities. In 2016 and 2017 the local community helped raise over $800,000 in capital campaigns to continue to preserve a piece of local history and bring incredible shows to the area. Click for more information on 2021 events: